The contest had been postponed from the beginning of March to Easter weekend because of bad weather forecasts and lack of staff as Omicron went through, and now the weather forecast was bad again for the second day of fishing, but it was already early autumn and the contest went on.

We were pleased that we ended up with 28 boats and 57 anglers taking part, as it promised to be fun as ever when it comes to the fancy dress part which this year was the “wild wild west”. We had a lovely set of sponsors again, which included Kilwell Sports, Hair by Chris, Manuka Doctor, Redwoods Café, Air New Zealand, Icey-Tek, B Hair, Keoghans Showcase Jewellers, Snooks & Lola Fuller, Barbecue B.O.I., Makana Chocolates, Whangaroa Lodge Motel, and the Whangaroa Sport Fish Café.

On the first day the sea conditions were quite good out there, just a gentle swell and not too much hint of the wind and rain forecast for the next day. It was a cool breeze though so it took time to warm up and from about midday onwards there was a flurry of marlin bites for the lucky few. Santana, Miss Chris, G3 and True Story all hooked up within about an hour to striped marlin. They were mostly tagged and released at 90kg or under but Rhonda on Santana had to boat hers and bring it home, it will be lovely smoked! Yvette on Kahlua also managed to tag a striped marlin later in the afternoon. There were a few tagged kingfish as well, by the team on Replay, and a few snapper weighed in. The heaviest snapper for the day was 3.96kg caught by Keryn Moffat on Replay. We judged the best team uniform on the evening, and the team on Immigrant won with a very smart set of t-shirts.

On day 2 the weather and sea conditions were really awful, so the most adventurous boats left late, went outside the harbour for a while and soon turned back to fish in the harbour or close to shore. Yvette Wells on Kahlua managed to tag two bronze whalers near the harbour entrance, and several more snapper were weighed in, but nobody managed a kingfish. The heaviest snapper for the day was caught by Kell Hayes on November Rain, weighing 3.78kg.

We had lots of fun on prize-giving night as we had the fancy dress contest and we had lots of cowboys and horses and gun-slingers, and even some Arizona cacti! The Replay team were judged the best and then we listened to our amateur poets, and Takapu won with their poem didn’t you know it! The prize list for the contest had some winners but also a lot of lucky draws as well. As we had no qualifying billfish landed, we couldn’t award some of the trophies and some trophy winners were real surprises. The Hair by Chris Trophy which usually is awarded for a landed fish also had a big basket of hair products from Chris Mowat with it, which Chris decided to award for the first marlin hooked up and tagged, so that was given to Colleen on Miss Chris. Yvette on Kahlua won a beautiful Pandora bracelet awarded with the Keoghans Showcase Jewellers Trophy for the most tagged & released marlin and shark, as Yvette had tagged 1 striped marlin and 2 bronze-whalers. The Weigh Station Trophy for the fish worth most IGFA points was won by Chris Mowat with her snapper caught on 8kg line, and a basket of B Hair products donated by Donna Blakeman. Being a hair-dresser herself, Chris generously donated her basket of hair products to Carmen for all her hard work. The Donna Watson Trophy for the heaviest gamefish was won with a snapper this year …... the fish of 3.96kg landed by Keryn on Replay. Keryn also won the Calcutta money as there were no striped marlin weighed in, and nothing bigger! It just goes to show that every fish caught could count – you never know. We then had the 10 people drawn to have a go for the mystery holiday break from Air NZ, up front with their numbered bottles of champers and they were eliminated down to the last 2 people – Donna van Biene and Brigette Phillips. Donna to her shock won the major prize – she was ecstatic! 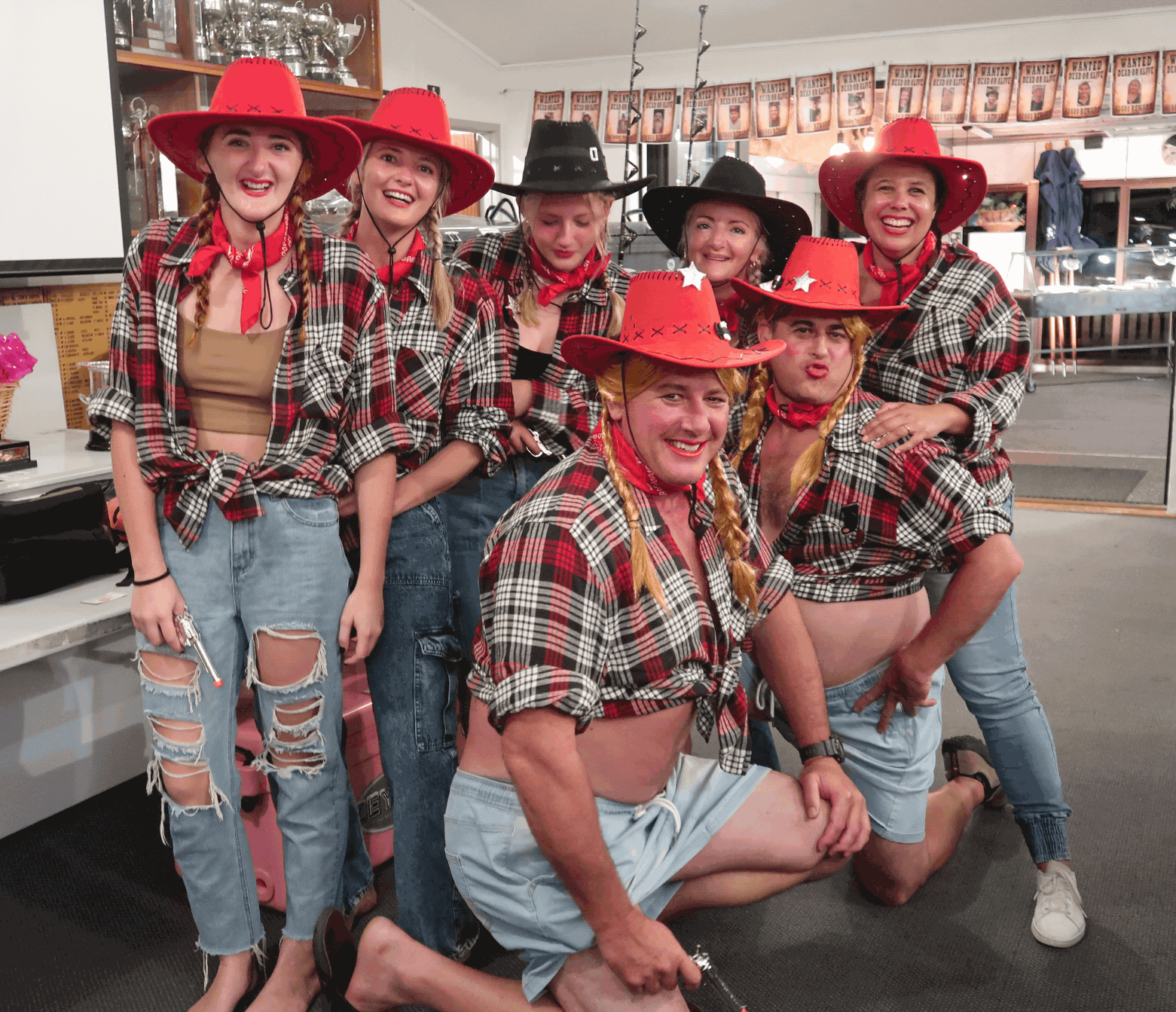