This was the first year that this contest had been held and is a national event just for the younger anglers of all the clubs nationwide, run by the NZ Sport Fishing Council. It was held for two weeks over the Easter school holidays and it followed the rules of the original Nationals but had some leeway when it came to the fishing tackle. If the tackle was not quite up to spec. the catches were still eligible for the length and All Tackle sections of the contest, with the aim being to encourage participation.

We had 4 anglers take part in the Primary and High School sections but the weather was not nice for fishing for quite a bit of the two weeks, however Rhianna Allan on Chalk & Cheese caught a fish; a kingfish of 11.72kg on 15kg line from the Cavallis. This fish became a new club line record for junior girls and won for Rhianna:

Well done Rhianna and dad Tony for taking her out not only kingy fishing but also attempting a broady drift. We hope for bigger and better things next year as the word gets around of the new contest. 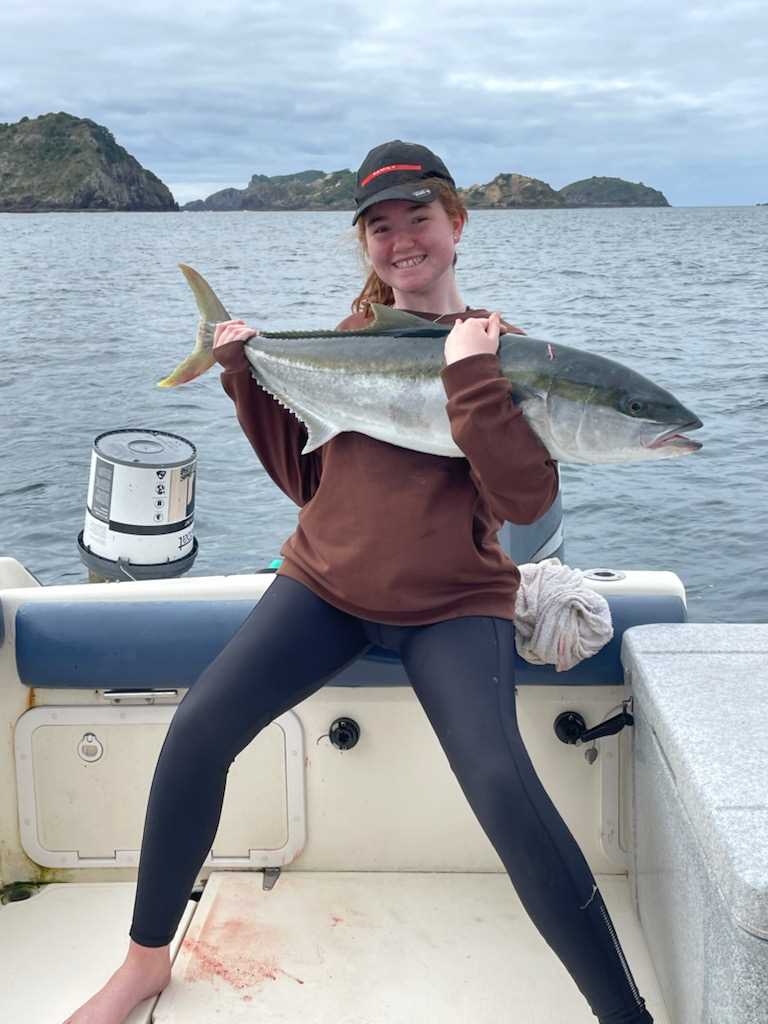