Click Here for a link to the final results on NZSFC web site.

The weather was forecast to be not so good, and the frenzy of striped marlin being caught had somewhat abated from the previous month, but our club had the most teams that I can remember for a long time – 19 teams!

The first few days started with a hiss and a roar then it went quiet, with some teams stuck up north in Tom Bowlings Bay, keeping out of the bad weather, and fishing for kingis rather than marlin, to pass the time. Annette at Far North Radio relayed tag messages back to me so that I could record them with the Council, and first day out I reported a striped marlin of 117.6kg for Robin Peake aboard Polyanna. That evening we also heard that November Rain had tagged two yellowfin and were coming back down the coast to weigh in two big-eye tuna early the next morning. Laurie weighed big-eye of 102.2kg for Lori Tanner-Somers, and one of 90.2kg for Paul Kealey.

On day 2 Lou Yukich and Steve Isted on Kahlua, both tagged a stripy and Viv Croft on Astraea weighed in her very first marlin; a blue of 205.6kg. On Catch 22 junior angler Aiden Gerrard weighed in a kahawai. On day 3, Corinne Tucker of the team The Grocers, aboard Sirossi, tagged a stripy, and on day 4 Lou tagged a yellowfin and Kevin Lay on Christina tagged a stripy, and later that evening skipper Terry caught two snapper of 7.22kg and 5.54kg on 10kg line, and Wayne McCarthy on Nereus weighed in a mahimahi of 6.26kg. By this time the weather had turned and the kingy fishing started on day 5, with Sean Mackay and Jeff Bawden each tagging a fish. By day 6, Steve on Kahlua had also tagged a kingy, but by day 7 we had to record a nil result. On the last day, Jeanette Franks on Diomedea tagged a striped marlin on the way back home, and through the afternoon we saw all the photos of tagged fish, checked all the tackle and saw all the hard copies of the tag cards and weigh sheets. It was tough going out there this year with the bad weather, but you know what they say – “The worst day fishing is better than the best day working”. Well done to all our teams for giving it a go.

We did win the following awards:

Looking at the winning clubs it did seem like the marlin were well south of us this time! 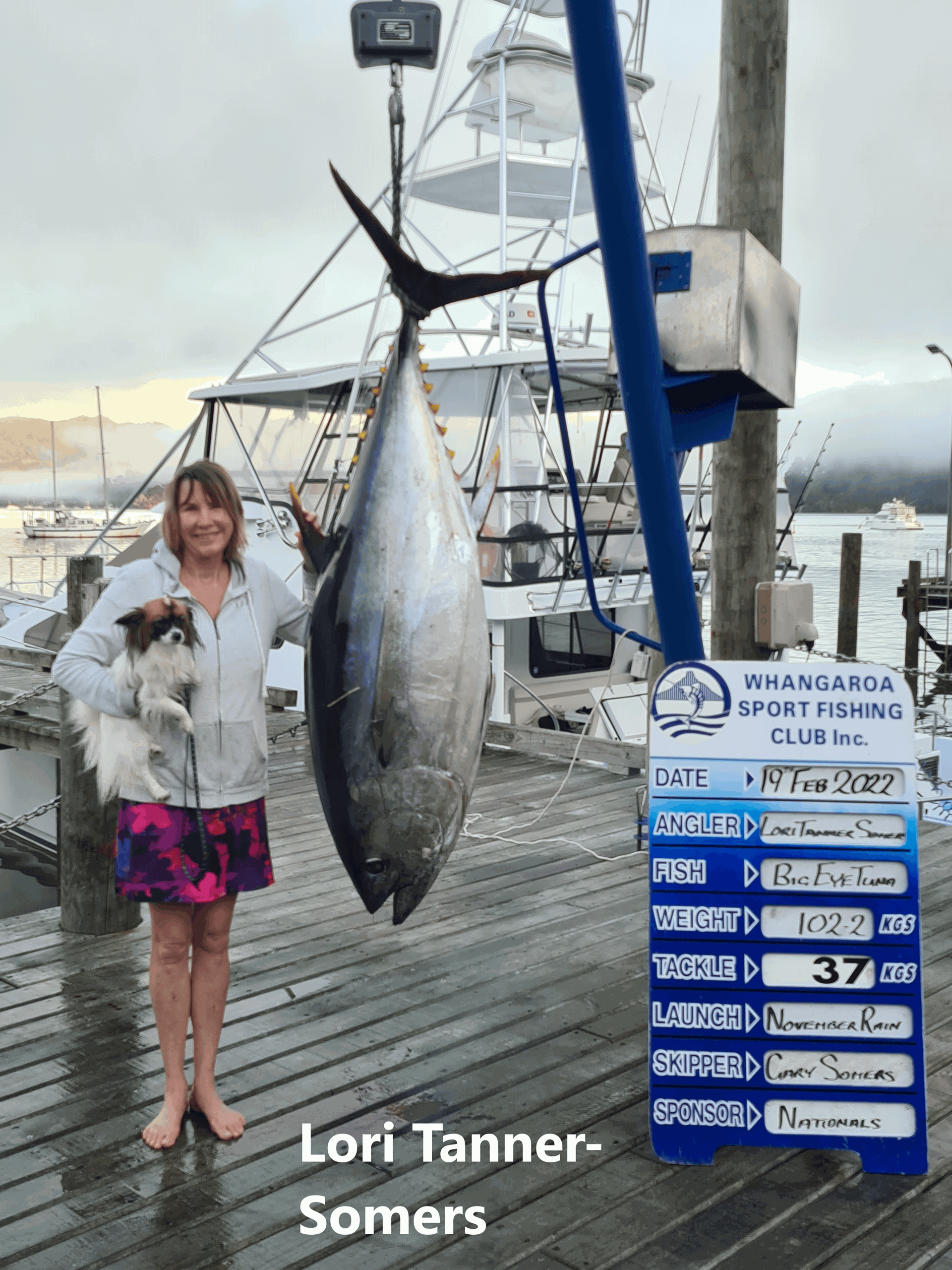