This year we had 16 boats and 5 different clubs take part: ourselves, Kamo Club, Northland Club, South Taranaki Club and the Quota Club. It was great to see the people we know from other clubs, and after such a dire time for clubs with Covid restrictions. Our prizes were sponsored by Burnsco who came up with rods, fillet knives, knife sharpeners, binoculars, fishing tackle and chilly bins among other things. The weather was quite reasonable for a change and as soon as there was a tinge of light in the sky, the teams were out for a serious but fun fishing expedition.

On the first day we had heaps of kahawai weighed in, the heaviest being 2.82kg for Scott Williams, the skipper of Spongebob and fishing for the South Taranaki Club. There were also quite a few snapper, and the heaviest snapper of 7.18kg fell for a bait dangled by Stuart Littlechild on Silver Bullet, fishing for the Kamo Club. Something exceptional happened this year – a marlin was tagged and released for the first time in many years! Adrian Hodge fishing from Kahlua was the lucky angler, fishing for the Quota Club. Even trevally put in appearance this year, which they seldom do, and Paul Sullivan on Whatever, fishing for Kamo Club had a trevally which qualified, at 2.14kg.

On the second day the plan seemed to change and the kingfish were the target species for the day. Diane Noble aboard 2 Easy (Kamo Club) landed the heaviest at 9.46kg. However, there was a bigger fish that day, a snapper of 11.14kg for Debbie Brough on Bruffy (Kamo Club) who used squid bait in 20 metres of water in grid 32 to pull up this monster. Peter McNabb on Slainte (also Kamo Club) also hooked a very respectable snapper of 9.62kg from the Cavalli Islands.

After working out who was 1st, 2nd and 3rd for all the fish species, on braid and mono, it was time to add up all the points scored by the various clubs and by far and away, Kamo Club come way out on top with a score of 1050 points, way above South Taranaki with 200 points, Northland Club with 180 points, and the Quota Club with 50 points. Where was Whangaroa??? Oh well, we’ll look forward to seeing everyone next year, hopefully when Covid has gone and fuel prices come back down! 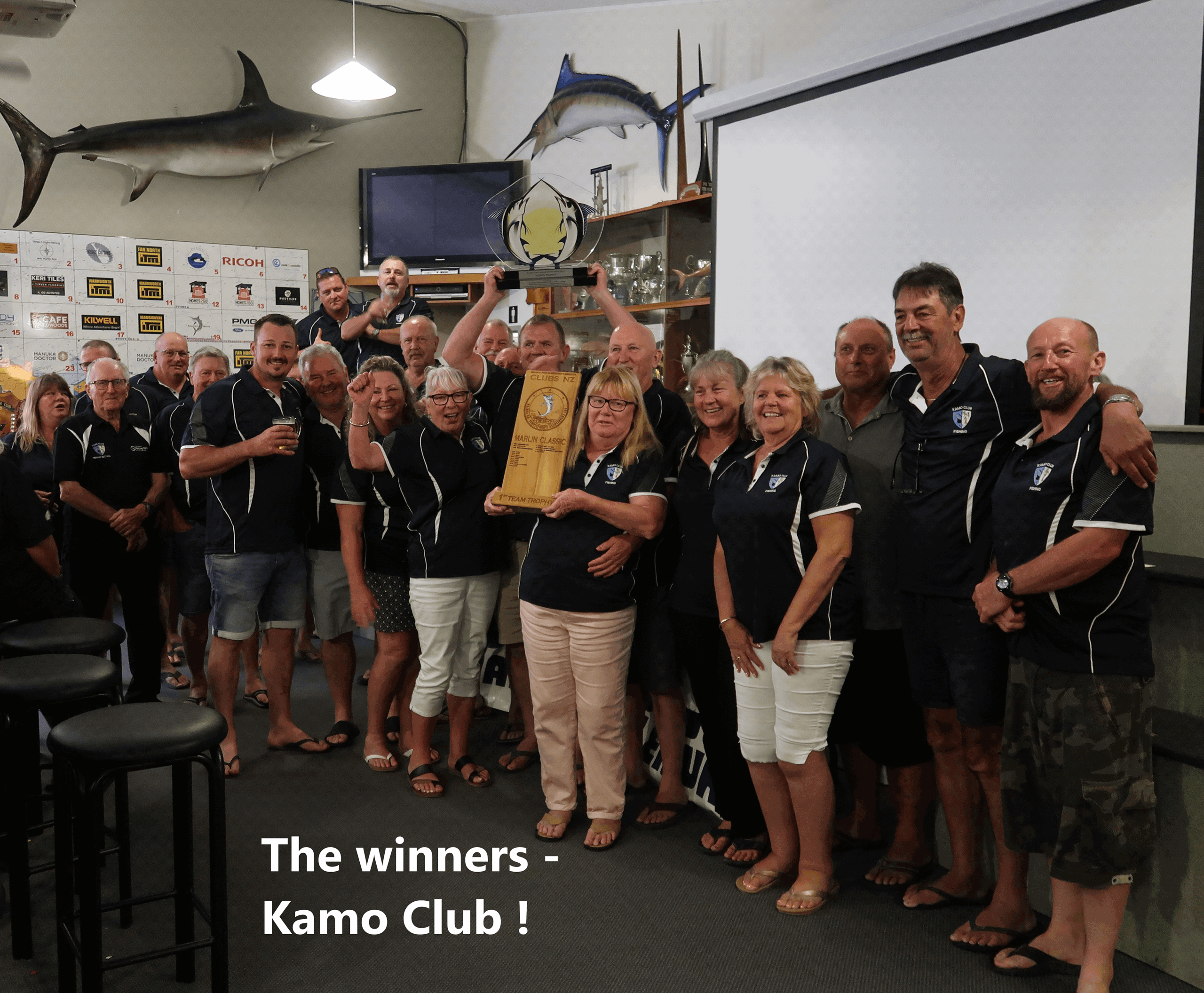