This year the contest was held at a later date after a postponement due to Omicron and bad weather, but we landed up with a very nice first day of weather, leading into an atrocious day of weather on the last day, lingering Omicron, and a huge hike up in fuel prices! So, all in all we ended up with 11 boats and 28 anglers, who enjoyed the first day, landing some nice kingfish and a few snapper, venturing here and there, shallow and deep (the blue marlin were about). The second day, most people did not want to go outside, but most of the boats braved a few hours at least, fishing in the harbour, except the crew of Belafonte who did not start early but were the last ones out there, still fishing at 5 o’clock.

On day 1 Ian Smith on KC played a mako estimated at 100kg, for about quarter of an hour, tagged it, got the photo and landed himself a prize. Kingfishing was also on the menu, and the Belafonte team landed the heaviest fish, with Clinton Dyer catching one of 17.14kg and Nick East, a fish of 12.92kg. Scott Pickering of Kaos II also managed a kingfish, which weighed in at 11.24kg. Tyrone Haynes on Solace also managed a kingfish of 7.66kg. Some small snapper were brought in, with Kelvin Mowat on Reel a Peel having the heaviest fish of just 2.12kg, caught from the Ruahine Shoal.

Day 2 was a wash-out with the weather, mainly the high winds and some rain later on. Some kahawai were caught, but they didn’t quite make the grade. The Solace team came to the weigh-station late with a surprise catch of snapper which they caught on 3kg line, and it’s no mean feat to catch a snapper of 2.54kg on 3kg line like Steve Sweeny did. The best catch of the day was by Campbell Druce on Kaos II, who won the race in the harbour to pick up the broadbill flag, snatching it from under the nose of Kelvin on Reel a Peel. This flag turned into a set of three Red Gill Lures for Campbell.

The contest was sponsored by Allan Shaw at Makaira Boats, who in turn had products from Red Gill Lures, Shimano, Garmin, Top Catch, Pacific Motor Group Ford and Trailer Parts. A big thankyou to Allan and his team for backing this contest, we look forward to bigger things and better weather next year. 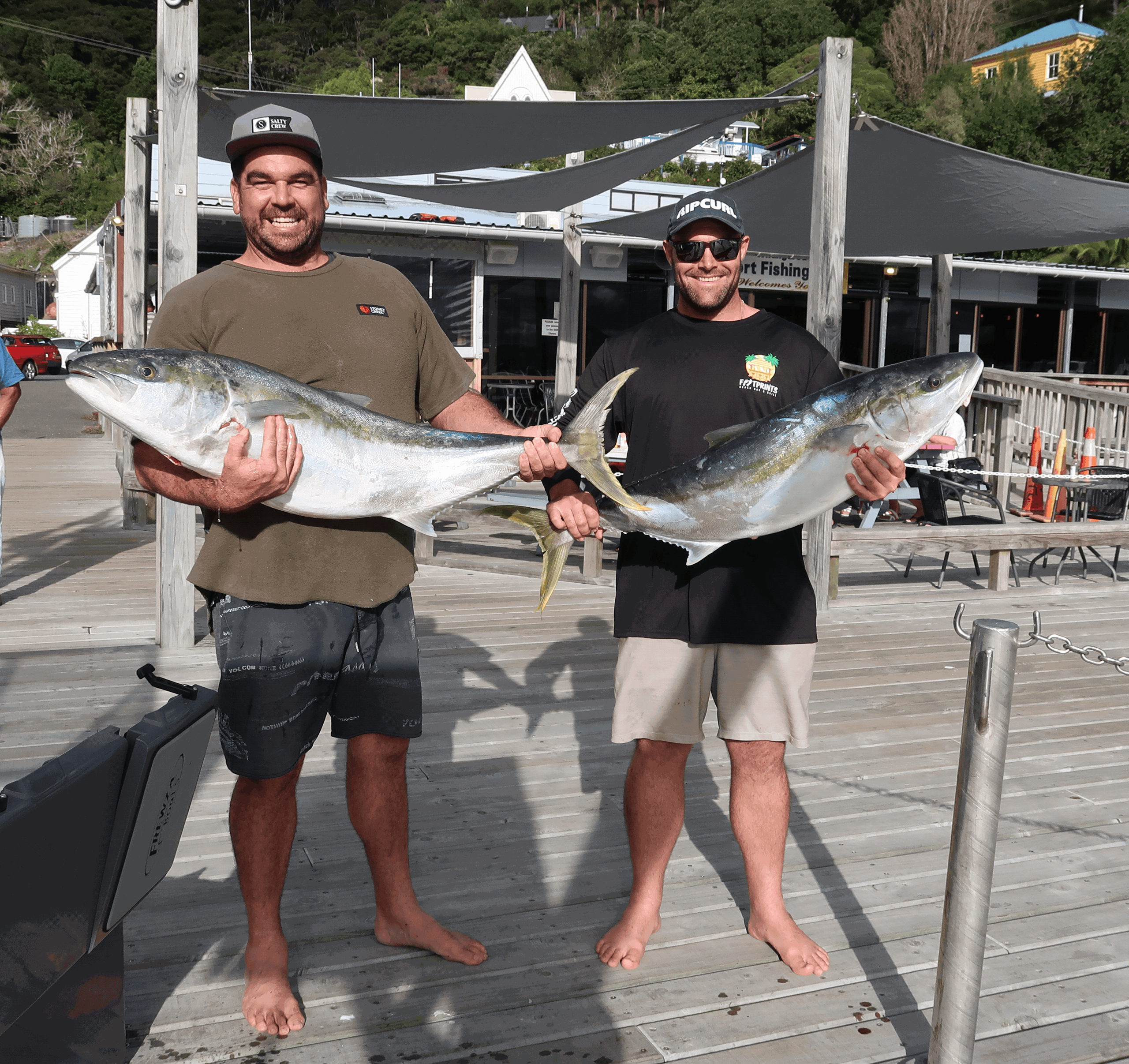