This year the registration evening happened to coincide with the start of the country’s Covid ‘traffic light system’ and I mention it just as a point in history, where we will re-read this in an old yearbook and remember the chaos and confusion it caused for hospitality venues such as ourselves, and for our club, and how it was all going to work for our snapper contest as well.

We managed to get through the contest alright, especially as it is one of the smaller contests, with only 5 boats and 12 anglers taking part. Weather onshore was fair but reports from outside the harbour said it was jiggly out there and a few berley trails were laid down.

The first day brought in 7 fish to weigh, with the majority of them coming from the team on Solace who had 5 snapper between them. Skipper Tyrone Haynes had the biggest fish of the day weighing 6.74kg. Terry and Steve Hunt on Christina also brought in 2 fish and Steve’s fish was appropriately masked for the event! The 2nd day brought in 6 fish to weigh, with the biggest fish of the day going to Chris Mowat on Reel a Peel with a snapper of 3.46kg. Hubby Kelvin also had a fish and the Solace team brought in 2 more fish. Marlin Candy on Senator managed to tag & release a bronzy earlier in the day (not for the comp) and brought in the only junior snapper catch, so won that prize, and Tyrone’s big fish won him first prize, and the 2nd biggest fish was also landed by Tyrone, at 6kg, and Scott Hills also on the Solace team won 3rd prize with his fish of 4.58kg. Not too many of these fish were caught on mono so the prize for the fish worth most IGFA points went to Chris, who also had the average weight snapper. 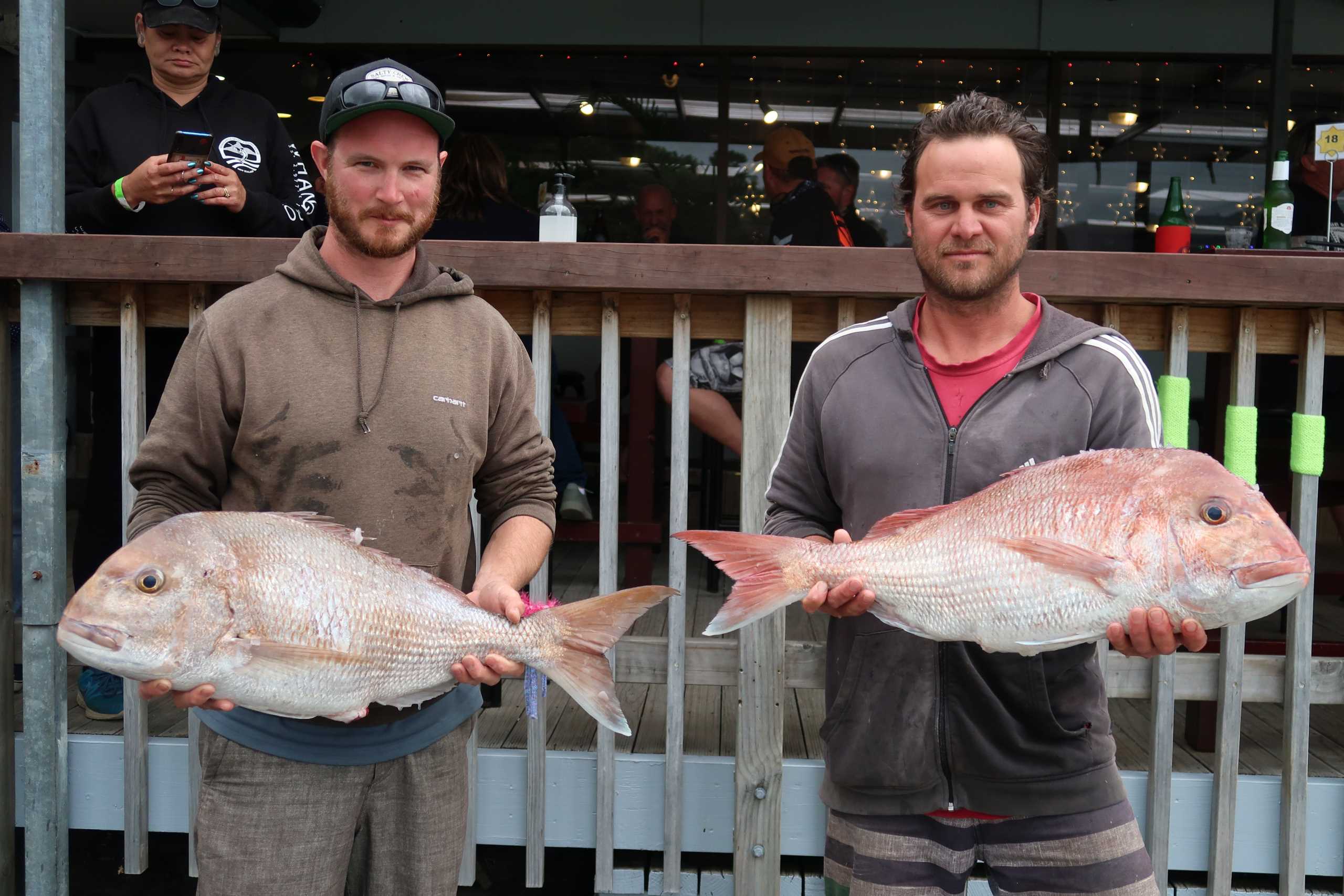